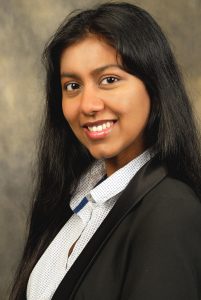 Baghdad and Iraq’s southern provinces are engulfed by protests over grievances including rampant state corruption, high unemployment, and a lack of basic services provision (AP). Iraqis question the government as the economy is flushed with oil money but there are no signs of increased job opportunities or better living conditions (AP). Oil accounts for roughly 85-90% of state revenue (AP). “We are jobless and poor, but every day we see the flares of the oil fields,” said Huda, an activist in Basra, the province that accounts for the lion’s share of Iraq’s crude exports (AP).
Some 300 people have been killed and 2,000 injured as anti-government protests in the country of 38 million draw a harsh response from state security forces (CNBC). Protesters demand the resignation of Prime Minister Adel Abdul-Mahdi; however, he says he will resign once a successor is named (Al Jazeera). Moreover, protesters want Adel Abdul-Mahdi to take responsibility for the demonstrators killed (Al Jazeera).
https://apnews.com/96cafdaa891e41d9b3f0cc19db01fa5d
https://www.aljazeera.com/news/2019/11/iraqs-protests-fuelled-poverty-political-stalemate-191113055210653.html
https://www.cnbc.com/2019/11/14/america-is-ignoring-iraqs-protests-at-its-peril-security-experts.html
https://www.reuters.com/article/us-iraq-protests-elite-analysis/iraqs-elite-rallies-around-iran-backed-plan-to-hang-on-to-power-idUSKBN1XM17D