David Dumke serves as the Director of the Office of Global Perspectives & International Initiatives. His responsibilities include overseeing all the programs and centers under the Global Perspectives umbrella, working with faculty, departments, and colleges to identify international opportunities, and establishing international partnerships which support academic programs, dialog, and collaborative research. Dumke was founding director of UCF’s Prince Mohammad Bin Fahd Program for Strategic Research & Studies, as well as Office of Middle East and South Asia Initiatives. He also teaches Middle East Politics, Diplomacy, and U.S. Foreign Policy, is a regular participant at national and international conferences, and has written extensively on American foreign policy.

Dumke has worked in a number of fields including government, politics, government affairs/public relations, business, and academia. After spending the early part of his career working in the U.S. Congress, he has accumulated a diverse set of professional experiences, generally focusing on the international government-business-policymaking nexus. In the government affairs/public relations realm, Dumke has represented clients in numerous fields, including foreign affairs, international business, defense policy, energy, and natural resources. His work includes representation services in Washington, DC. He has also implemented government affairs strategies on the international level. Dumke has worked extensively in the Middle East and North Africa with the public and private sectors – including governments, businesses, NGOs, educational organizations, and private-sector entities. This included advising the Arab Republic of Egypt and the Egyptian Ministry of Defense, and working on that country’s first democratic presidential election campaign. Dumke served in Congress as an aide to House Energy & Commerce Committee Chairman John Dingell (D-Michigan), Sen. Debbie Stabenow (D-Michigan), and Rep. Fred Upton (R-Michigan), as well as working on a variety of state and federal election campaigns. In Congress he worked on a wide range of issues, including those pertaining to international affairs, trade, and appropriations. He held a top security clearance. He received a B.A. from Indiana University and an M.A. from Georgetown University.

Ambassador Harriet Elam-Thomas directs a rapidly growing global initiative at the University of Central Florida, the Diplomacy Program, which features education and training for undergraduate students. From 2003-2005, she served as Diplomat in Residence at UCF under the auspices of a national U.S. Department of State program. In that capacity, she was the U.S. Department of State’s official liaison in Central Florida, conducting workshops, providing information on careers, connecting students to internship and scholarship opportunities, and speaking on policy matters. Until the fall of 2005, she was a Senior Foreign Service Officer with the rank of Career Minister. Previously she served as U.S. Ambassador to Senegal from 1999-2003; Chief of Mission to Guinea-Bissau; Acting Director of USIA; Cultural Attaché at the American Embassy in Athens; Country Affairs Officer for Greece, Turkey and Cyprus; Director of the American Press and Cultural Center, American Consulate, Istanbul, Turkey; and in other positions at the U.S. Mission to the United Nations, the President’s Appointments Office at the White House and the Foreign Service Personnel Office. Amb. Elam-Thomas’ additional posts abroad were in France, Mali and the Ivory Coast. She is the recipient of numerous awards including the U.S. Government’s Superior Honor Award, the Lois Roth Award for Excellence in Informational and Cultural Diplomacy, and a Group Superior and Meritorious Honor Award for her work in connection with the first Persian Gulf War. In 2007, she received the Director General’s Cup of the U.S. Department of State. She holds a B.S. in International Business from Simmons College and an M.A. in Public Diplomacy from the Fletcher School of Law and Diplomacy at Tufts University. She speaks Turkish, Greek and French. Amb. Elam-Thomas is partly sponsored by the Global Connections Foundation.

Dr. Ted Reynolds is the Director of the Terrorism Studies Program for the Global Perspectives Office, and serves as Visiting Lecturer on Intelligence and Terrorism for the Political Science Department at UCF. His work focuses on understanding terrorist/extremist radicalization and participation, particularly within social media and other computer mediated communication (CMC) environments. Reynolds is a graduate of Rollins College with a B.A. in International Affairs, has an M.A. in Political Science from UCF, and acquired his Ph.D. in International Relations from the University of St. Andrews in Scotland.  As a Visiting Lecturer at UCF, he teaches classes in Terrorism Studies, the Intelligence Community, and Cyberwarfare Policy.  He also works as a subject matter expert on terrorist/extremist use of social media and CMC in the radicalization, recruitment, and mobilization process. This work is focused toward the development and creation of effective cyber tools and strategies in various areas related to national security.

Jessica Squires is the Assistant Director for the Global Perspectives Office. She is responsible for the coordination and promotion of events, ranging from distinguished speakers to panels to symposia to conferences. Squires also plays a key role in developing and expanding partnerships at the regional, state, national and international levels. She is the Assistant Producer for the “Global Perspectives Show” on WUCF TV/PBS as well as the Marketing Editor for the Worldviews for the 21st Century monograph series. Squires has served the office in various capacities, including Project Specialist and, most recently, Public Affairs Coordinator. She was also the inaugural China-Taiwan Fellow in Spring 2010, under the auspices of the C.T. and Jean Hsu Fund of the Global Connections Foundation. She graduated with honors from the University of Central Florida with a B.A. in International Relations and Comparative Politics, and a minor in Marketing. She also received M.A. degrees in Communication and International Studies at UCF. Squires was formerly a Graduate Assistant in the UCF Political Science Department and served as a Provost’s Fellow in 2007-2008.

Julie Johnson is the Senior Program Coordinator for the Global Perspectives Office, the Diplomacy Program, the Terrorism Studies Program and other affiliated offices.  She is responsible for managing budgets, assisting with the supervision of support staff and facilitating public events. Previously, Johnson was the Office Manager for the Intelligence Community Center for Academic Excellence housed in UCF’s Political Science Department, where she coordinated all programming and administrative functions. Johnson graduated from the University of Central Florida with a B.A. in International and Global Studies, and a minor in Organizational and Interpersonal Communication. She also received her Master’s in Mass Communication and a Graduate Certificate in Corporate Communication at UCF. She is studying Swedish and Spanish and has traveled throughout Europe. 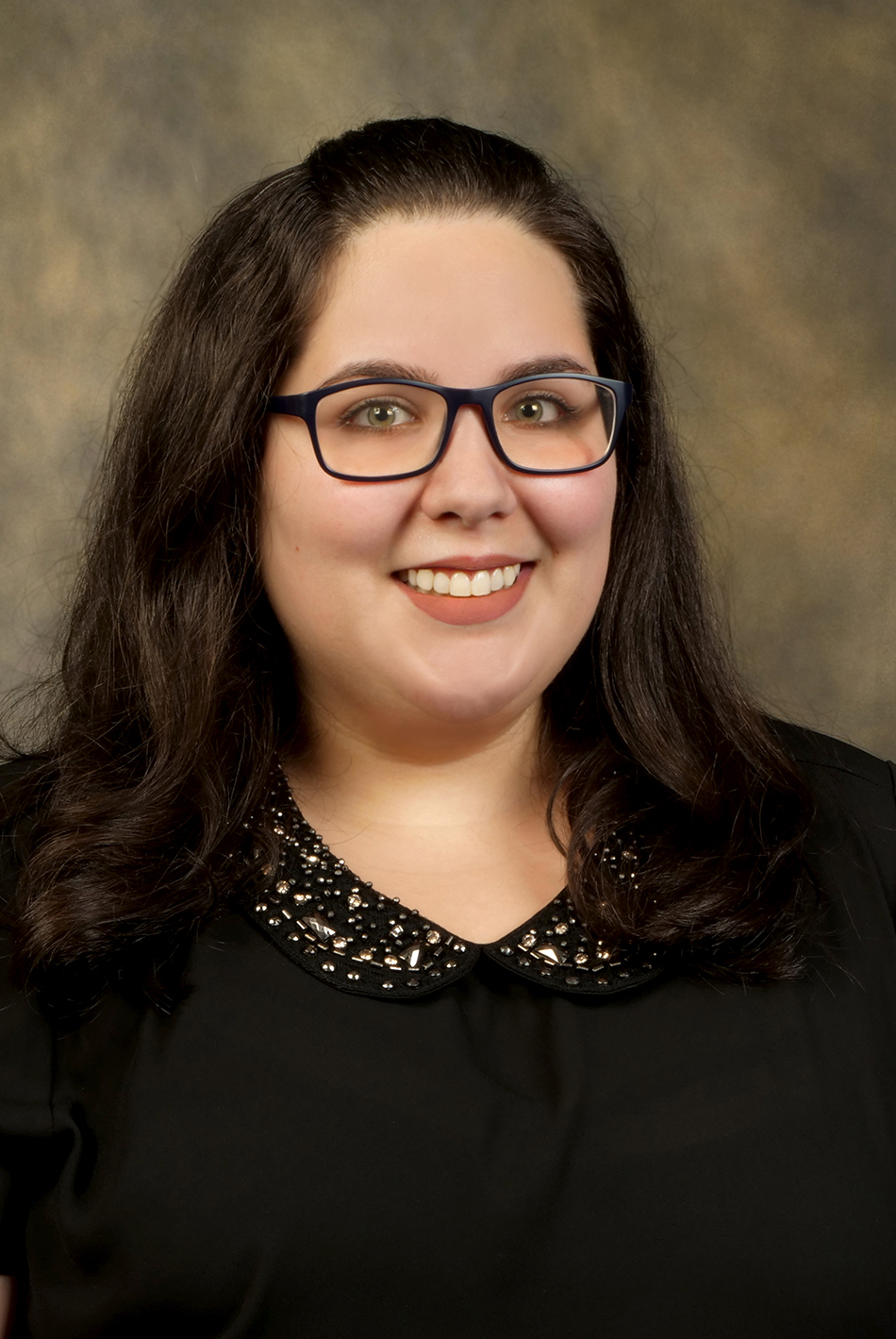 Karen Solla is the Administrative Assistant for the Office of Global Perspectives and International Initiatives, and works in partnership with the Center for the Study of Human Trafficking and Modern Slavery.  Previously, she was the Membership Assistant for WUCF TV and FM, the local PBS and Jazz radio stations, where she coordinated fundraising support as well as administrative, financial and donor functions. Solla graduated from the University of Central Florida with a B.A. in History, and a minor in French. She plans on pursuing her Master’s degree at UCF . She speaks English, Spanish and French and has traveled throughout Europe.