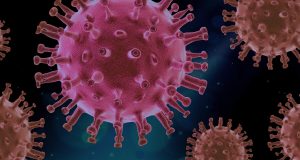 As the countries of the world, each in their own way, seek to combat the Coronavirus (COVID-19), violent extremists like Islamic State (IS) and Al-Qaeda (AQ) see the virus as an opportunity. It is an opportunity to take advantage of the confusion and weakness created by the widespread virus, which the Jihadists view as a “punishment from God,” to plan and execute attacks, especially in the West. Interestingly, this desire to use the pandemic for its own tactical advantage is not a new phenomenon.

During the Ebola outbreak of 2014, elements of AQ discussed weaponizing Ebola for attacks against the United States and other Western countries. In October 2014, in the English language online forum Ansar al-Mujahideen (AMEF), a member of AQ, noting the fear building in the U.S., suggested using Ebola to “strike terror into the hearts of the West.” His idea was to have AQ members travel to areas where the Ebola Virus was active, become infected, and then travel to the United States and other western countries before they become symptomatic in order to spread the virus to as many people as possible. This was presented as an alternative to suicide bombing. Fortunately, it does not appear that any members of AQ were able to accomplish this task either due to a lack of commitment or inability to access the region to become infected. Following this epidemic, there was no further discussion of the weaponization of Ebola. However, this did not temper the desire to take advantage of rare outbreaks as potential weapons.

The 2016 outbreak of the Zika virus was seen by IS as another opportunity to attack the United States in order to spread terror. During a chat in an IS Deep Web forum, one member noted that the World Health Organization (WHO) considered Zika as representing a serious global threat, “similar to the Ebola virus.” He then suggested multiple ways to help spread Zika within the U.S. and Europe including harvesting and relocating infected mosquitoes, or even developing a mosquito breeding operation to facilitate a mass infection program. There was no discussion of the danger to those involved and quite the contrary, it is postulated that those involved would be “totally safe throughout the operation if (they) commit to secrecy and good behavior” with no further guidance. It is fascinating to see the multitude of ideas that spring from the various online forums that seem to be more fantasy than well thought out operational planning.  However, with the spread of COVID-19, IS and other violent extremists have taken a different approach that appears not only practical but very troubling.

There is no lack of hyperbole from within the online Jihadi community regarding COVID-19 being a virus that is God’s retribution against the West and a “soldier of Allah.” But this message is also coupled with conspiracy theories that President Trump and the government of the United States unleashed COVID-19 on the world as a bioweapon. While these messages have little value outside these online communities, the desire to view the pandemic as an opportunity has proliferated. Both AQ and elements of IS see the virus as providing an opening to engage in attacks.

In March, a pro-AQ article encouraged its fighters to keep up their jihad and use this pandemic to “hammer the final nail in the coffin” of the unbeliever. They declared that the virus was sent to weaken the West militarily and economically, and be the “invisible soldier of Allah.” Surprisingly, they also criticize the Muslim community for adhering to Western guidelines and the closure of mosques. In what can be seen as a counter-intuitive move, they urge Muslims to ignore the virus warnings and orders for mosque closures in order to attend prayers even in the face of danger from the COVID-19 pandemic.

Likewise, in online articles by the IS, the virus is viewed as a “punishment from God” and lauds the economic impact on the West. In a March article, IS calls on “lone wolf jihadists” to capitalize on the paralysis overtaking “Crusade countries” during the pandemic and to “mount attacks.” When one considers the strain that COVID-19 has placed upon police departments and other security elements within Western countries, indeed all countries, the threat posed by these homegrown elements cannot and should not be ignored. While the United States has indicated great concern about the threat posed by increased drug cartels in Latin America, our security forces can ill-afford taking their eyes off the terrorist threat.

News stories relating the impact of the virus on police departments, TSA officers, healthcare workers, and first responders only serve to reinforce the message from AQ and IS that we have been weakened. Fortunately, as with previous epidemics and calls to action, there is no evidence to suggest there are members within these extremist communities willing to commit attacks at this time. However, it is important to note that it only takes one committed individual to perpetrate a violent attack that results in a large number of casualties. Attacks in Paris, Brussels, Nice, and London are prime examples, as is the 2016 Pulse Nightclub attack in Orlando. Even though these “lone-wolf” terrorists are the most difficult to identify, security services remain ever vigilant toward detecting and thwarting any plots against the citizens of their countries.

The Department of Homeland Security (DHS) and the Federal Bureau of Investigation (FBI) both recognize that extremist elements are hoping to take advantage of this pandemic. DHS acknowledges that while the extremists seek to exploit public fear to incite violence, there is currently no intelligence to suggest an active plot is underway. Likewise, FBI Director Chris Wray stated recently, “With all the worry and uncertainty out there, we want the public to know that there are still things they can count on: We’re here, and we’re going to stay here, to protect them, no matter what. Because our criminal and national security adversaries sure aren’t going to take a day off — whether that’s for the Coronavirus or, for that matter, anything else.” No doubt this includes looking for clues within the various online fora where members seek advice and offer operational assistance.

An important weapon in our counter terrorism arsenal is every-day users online who, seeing something suspicious, report this extremist dialog to the authorities for investigation. Just as defeating the COVID-19 virus requires everyone do their part to prevent the spread of the disease, we can also be a part of preventing any mass casualty attacks by IS or AQ sympathizers by paying attention to any extremist comments/content we might see and passing that information on to law enforcement.

Dr. Ted Reynolds is a Visiting Lecturer at the University of Central Florida’s School of Politics, International Affairs and Security. He is also the Director of the UCF Terrorism Studies Program.