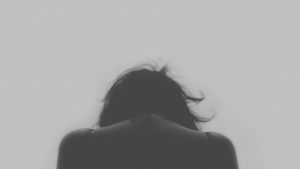 As governments worldwide made major disaster declarations due to the COVID-19 pandemic, many victims of domestic violence found themselves locked at home with their abusers. Forced to shelter in place, victims of domestic abuse all over the world became even more vulnerable. UN Secretary General António Guterres urged all governments to put women’s safety first as they respond to the pandemic, observing that, “Peace is not just the absence of war. Many women under lockdown for COVID-19 face violence where they should be safest: in their own homes.”

Media reports from different countries describe an alarming increase in domestic abuse incidents during the pandemic. China was the first country to impose government-mandated lockdowns. It was also the first to report spikes in domestic abuse. In Hubei province, the center of the coronavirus outbreak, domestic violence tripled from 47 reported cases last year to 162 cases in the first quarter in 2020. This threefold increase, however, might be an undercount. Activists point out that Chinese police were not taking cases seriously, leaving victims of domestic abuse, most of whom are women, to deal with this problem themselves.

The epidemic showed the ineffectiveness of China’s domestic violence law, which was adopted in 2016 after many years of advocacy. Leta Hong Fincher, the award-winning journalist and author of Leftover Women: The Resurgence of Gender Inequality in China, argues that women in China are actively discouraged from prosecuting domestic abusers because, “the government thinks it would lead to chaos.” The Communist Party in China sees the family a part of social consolidation. Thus, maintaining the family and preventing divorce at all costs is viewed as beneficial for society. Meanwhile, marriage registration offices in various provinces in China have reported an unprecedented rise in divorce appointments since their re-opening in March. While this could also be the result of delayed applications due to the shutdown, officials believe that the increase is mainly a result of the quarantine.

In Russia, where domestic violence was decriminalized in 2017, the COVID-19 quarantine led to a sudden increase in the number and severity of domestic violence cases. Neglected by law enforcement and courts even before the pandemic, victims of domestic violence have been cut off from the social networks they previously relied on. Shelters and community centers in Russia also had to shut their doors despite the recent surge in help requests. The director of the Independent Social Women’s Center in Pskov expressed concern to the Moscow Times that online services will not be enough when the victims are most in need.

In Kazakhstan, where domestic violence was also decriminalized three years ago, the most notorious domestic abuse cases became publicly known thanks to social media posts by local activists. This was dramatically illustrated after April 8 reports revealed that a man burned his wife and two daughters alive in their house during quarantine. NeMolchiKZ (DoNotBeSilent) a leading women’s rights group in Kazakhstan, released a petition calling for comprehensive protection measures for victims of domestic violence. The group addressed President Tokayev and the government, demanding criminalization of domestic violence in the country.

However, even in countries where laws against domestic violence exist, the number of domestic violence cases has soared. Uncertainty, economic and social stress, self-isolation and restrictions on movement have dramatically increased the number of women and girls facing abuse in all countries. From Brazil to Germany, France to Australia, activists report spikes in the number of domestic violence cases. In Italy, activists report that helpline calls dropped sharply. Instead, they receive hundreds of desperate emails and text messages suggesting victims are in close proximity to their abusers and cannot talk over the phone.

Human Rights Watch reported that crisis and lockdowns lead to various triggers, including increased social stress, breakdown in community support mechanisms, and cramped and difficult living conditions. Alcohol purchases and consumption have risen dramatically during lockdowns too, including the United States. The Guardian, CNN and other media further reported that Americans were purchasing firearms in record numbers.

Similarly to natural disasters, COVID-19 brought a loss of human life, economic and social distress, and deterioration of health and human services. The pandemic has also followed the lead of other disasters as it relates to domestic abuse, as broad evidence suggests domestic violence increases in both number and severity during and after disasters. Such trends have been illustrated in events as diverse as Hurricane Maria’s assault on Puerto Rico to the 1980 Mount St. Helens eruption in Washington; domestic violence increased up to 46% in the aftermath of the eruption.

Researchers argue that even when the pandemic declines and more usual routines return, the impact of economic and psychological strains might last for months, if not longer. This means many families will face a prolonged period of COVID-19 hardship. This raises many questions: Shall we expect a new post-pandemic wave of domestic violence after the quarantine is over? How many victims of domestic violence will survive the pandemic? How should communities help those in need? As the world fights a deadly virus, for the foreseeable future domestic violence victims will continue to wage a lonely, largely unseen war for survival.

Karina Powell is a doctoral candidate in the Department of Sociology at the University of Central Florida, where her dissertation explores attitudes towards domestic violence in the former Soviet Union. Her previous research has been published in the Journal of Women, Politics, & Policy.