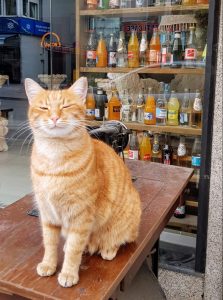 Turkey’s cities are back to their daily hurley-burley after most of the restrictions to stop the spread of COVID-19 were lifted. The return to the old normal, with crowds on the streets, packed public transport and traffic jams, happened so fast that the time when the cities appeared apocalyptically quiet and still during the curfews seems unreal, like something from a dream.

In hindsight, Turkey seems to have handled the initial COVID-19 outbreak with relative success, with comparatively fewer numbers of lives than European nations. COVID-19 treatment was free for its citizens, who enjoy universal health care. On the other hand, the administrative management of pandemic was chaotic and confused; the economic measures undertaken mainly benefitted large businesses owners and left the “common man” out in the cold.

Although the steps taken by the authorities were irregular, they saved the country from the catastrophic experiences of the United States, Italy or Great Britain. Turkish politicians were happy to thump their chests, especially members of the ruling AKP (Justice and Development Party). They took every chance to praise their work and pontificate as to how well the presidency and the government managed the crisis.

In reality, the reason for the high percentage of patients recovering from the virus is attributable to the number of available ICU beds, free treatment, and abundant testing. It is also connected to the demography of the country, where the median age stands at an advantageous 31.5. The primary victims of the virus in Turkey were people age 60 and above. Additionally, in Turkey it is culturally uncommon to send the elderly to nursing homes; instead, 2-3 generations often live together. This Turkish cultural norm largely saved elderly Turks from the fate of those in many European states, where outbreaks in assisted living facilities were common.

Yet, it was a unique experience to witness how the country handled the most significant public health threat since the measles outbreaks in the 1990’s. Here are some personal observations on how Turkey managed the COVID-19 crisis and some thoughts that can be drawn from this experience.

In March, I returned to Istanbul from a business trip to Jordan. All passengers were required to submit a form identifying the countries they had visited within the past two weeks. By that time, both the Iraqi and Iranian borders were closed, and all those crossing from those nations had to stay for 14 days in mandatory state-run quarantine facilities. For those stuck in Iraq, the only way into Turkey was to cross the land border from Iraq to Jordan, then take a flight from Amman. Around me, dozens of Turkish workers from Iraq sat and openly debated the merits declaring the actual origin of their trip. Most opted to omit telling the authorities their actual itineraries, thus preventing them from forced isolation in a state-run facility.

Surprisingly, upon arrival, no one actually reviewed the travel forms, nor checked the temperature of arriving passengers. This was in stark contrast with the state-controlled TV-news, which depicted those entering the country as being carefully scrutinized. When passing the thermal camera, the officials sat drinking their tea from the popular tulip shape glasses having a pleasant conversation never glancing at the screen.

The sight of rebellious elderly in the historic Eminönü district arguing with police and being escorted back home was almost tragicomic. They took to the streets for air regardless of the curfew for those 60 and older. Street benches were pulled out of concrete or turned over, so that talkative locals would not feel too comfortable spending hours on the streets, reading their newspapers and chatting away, as usual. The benches served as visible evidence of the Turkish government’s commitment to the fight against the pandemic.

The mandatory mask requirement triggered confusion over how one could be obtained, which in turn became a topic of popular humor. The first weeks saw a price hike as the demand for masks soared. The government responded by prohibiting their sales, which predictably triggered a deficit. Then it promised free masks for everyone who applied via a particular, constantly crashing government web page. Then, realizing the mission to deliver masks to tens of millions of people in limited time was impossible, the government instead ordered people to visit pharmacies. There, it was promised, they would receive a box of masks based on a code that would be sent to their GSMs. However, many never received the much-awaited code. People joked that they would probably get their mask after the pandemic because, at the same time, it was prohibited to take to streets without a mask; anyone violating the stay at home order faced a relatively high fine equal to 1.5 months of an average salary. Realizing this too would not work, the government reversed itself and again allowed mask sales, albeit regulating the price.

There were other curious examples. Thousands of refugees in Turkey were urged to gather along the Greek border with the promise that they could cross into Europe amidst the pandemic. Student dormitories were converted into state-run quarantine houses. Unregistered businesses popped up in these dorms, including men’s barbershops. An app was created that was supposed to alert authorities when someone left their mandatory home quarantine. But nothing happened, children played on the streets, and the youth hung around their neighborhoods because police were unable to patrol the areas of the 16 million vast megacity. These and many other practical examples could make one conclude that although the media portrayed how unforgiving and strenuous the state worked to protect its citizens, in reality, control was much more lax.

Through the tumultuous early days of the pandemic, with unexpected curfews and abrupt restrictions of movement, internet shopping platforms flourished. The urban middle class, with job security, worked from home. Many started gardens on balconies, terraces, or other available spaces, ordering pots and plants from gardening centers. Delivery services’ waiting times reached weeks.

Istanbul’s famous street cats and dogs seemed to miss people the most. Although fed by specialized organizations and municipalities, on the days when people were allowed to leave their homes, the animals were almost asking for pats and scratches. So whenever an individual appeared, cats eagerly sought contact. News sites wrote that housebound-owned pets lived through the curfews better than others.

Is the pandemic over for Turkey? Hardly. The loosening of the restrictions was publicly met with the notion that “it is all over now.” Yet new waves of infection will likely appear as Turks hit holiday resorts and coastal towns en masse. Numbers are already on the rise.

Hille Hanso is a freelance journalist, documentary author, observer and humanitarian worker, currently based in Istanbul. Her main interest is the political situation in the Middle East (ME). In Estonian media outlets, she frequently analyses the domestic and foreign policy of different actors in the ME region and international arena. Since 2016, she has coordinated the work of Estonian NGOs in the Middle East, currently working for the Estonian Refugee Council, managing aid projects targeted at helping Syrian refugees in Lebanon and Jordan. She has written a book about her life in Turkey and has a graduate degree from Istanbul Bilgi University International Relations Department.