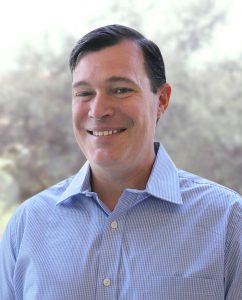 For its own good, and for that of the world as a whole, the United States must clarify its mission and understand its priorities, writes David Dumke

The recent US withdrawal from Afghanistan did not look good. Scenes of Afghans desperately trying to escape the victorious Taliban and the death of 13 service members served as a terrible explanation point and tragic end to American military involvement.

It cannot be forgotten that most of the young soldiers killed were toddlers when the US first launched military action in that battle-scared nation in the wake of the September 11 2001 terrorist attacks on New York and Washington. American pundits from across the ideological spectrum have since struggled to explain the conflict’s bitter end.

In accepting responsibility for the failed Bay of Pigs invasion of Cuba in 1961, former US president John F Kennedy stated that “victory has a thousand fathers and defeat is an orphan.” Today, fingers point at President Joe Biden, though in reality it is much more complex. To turn JFK’s comment on its head, responsibility for American defeat in Afghanistan has many fathers and mothers, including all four presidents who occupied the White House during the course of the 20-year conflict.

Washington would be wise to assess what went wrong; such a review should first focus on strategy. What was the US trying to accomplish? Defeat Al-Qaeda? Destroy the Taliban? Build a modern, centralized state? Quite simply, America lacked a clear mission, and as a consequence much blood was shed and money spent in a futile slog. The speed of the final collapse speaks volumes.

Years ago, I had the honor of facilitating a visit by the US Congressional Black Caucus to Egypt. The delegation included seven African-American members of the US House of Representatives. One of the members was Representative Barbara Lee (D-California). Lee was the only member of the House to vote against authorizing military action in Afghanistan, a position for which she was heavily criticized. Lee, who remained popular in her Berkeley-based district, explained to me at the time that the mission was far too vague for her comfort. Today a member of the powerful Appropriations Committee, she has been seen as something of a sage.

To paraphrase British author Lewis Carroll in his book Alice in Wonderland, “if you don’t know where you’re going, any road will get you there.” Such, unfortunately, is the story of US involvement in Afghanistan. More broadly, it explains American foreign policy today. The Global War on Terrorism, as Washington defined it, has had its successes to be sure, but in the end one can accurately say it has been a massive distraction. The world has changed a great deal since 2001. Has the United States adjusted to new realities?

Much has been written about the rise of China and the growing rivalry between Washington and Beijing. Clearly, China’s economy has grown exponentially, and the country has global influence. Many see Beijing as a malevolent force, a country which throws its weight around with little responsibility for maintaining order or solving problems. Whether conflict between the established superpower and the emerging one is inevitable, or whether this relationship can be managed to create a new global order, remains unclear.

One can criticize China’s game plan, but can’t rebuke it for having one. China’s Belt and Road Initiative (BRI) lays out a strategy for global commerce, economic development and expanded diplomatic relations. BRI benefits China and places it in the center of world affairs. China has funded massive infrastructure projects throughout the developing world, and many nations participating in BRI desperately need economic development. BRI has succeeded in enhancing Beijing’s ties around the world, even though there has been blowback as some nations allege the price of Chinese support has been far too high.

The United States needs a game plan. One can go from continent to continent and find confusion about American strategy. In Latin America, the US long pursued a strategy of trade liberalization and democracy. Today, there is a sense of drift as issues such as increased authoritarianism, government instability, economic stagnation and immigration proliferate.

In Europe, NATO allies openly debate American reliability. The new AUKUS pact – between Australia, the United Kingdom and the US – suggests to some that the “Asian pivot” is underway at the expense of traditional European allies like France. Relations with Turkey, a NATO ally, remain problematic. The response to Russian assertiveness, even interference in American elections, has been ineffective.

In the Middle East, the US long supported stability and the status quo, preventing large-scale conflict and guaranteeing global energy security. Today, regional allies and adversaries alike question America’s commitment to the region. What does Washington expect from major Non-NATO allies in the Arab world? These include Bahrain, Egypt, Jordan, Kuwait, Morocco and Tunisia. What do these allies expect from Washington, particularly since Afghanistan very recently held the same designation?

The first decades of the post-Cold War world were an age of American hegemony. As the self-declared “lone superpower,” Washington’s missteps have been amplified and its successes minimalized, perhaps unfairly. Among the questions on the table is whether the American era is over. Regardless, the world is going through a period of profound transition. And for its own good, and for that of the world, the United States must clarify its mission and understand its own priorities.

*A version of this article appears in print in the 21 October, 2021 edition of Al-Ahram Weekly