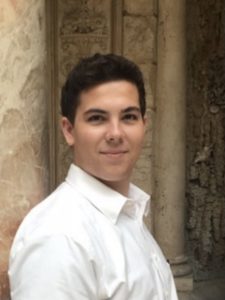 Amid rising fears of an imminent attack on the life of Dutch Prime Minister Mark Rutte, the Dutch police arrested Arnoud van Doorn, the leader of The Hague Unity Party. The Sunday arrest, which led to his detention for 30 hours, is a significant escalation in the rapidly increasing concern for the life of the Prime Minister and other members of the Dutch government amid rising gang violence, and directly following the murder of the famous investigative journalist Peter R. de Vries. This criminal expansion and the mounting danger to those in government and the media who stand in the way are part of a growing fear of some that the Netherlands is becoming a narco-state.

September 28th the BBC News reported that Member of Parliament and leader of the Hague Unity Party Arnoud van Doorn had been arrested and detained for 30 hours on concerns he was gathering information in preparation for an attack on the life of PM Rutte1. The arrest and detention were described by van Doorn’s lawyer as an unreasonable and dramatic overreaction given the event which sparked it. After spending some time at the Hague then a cafe and running errands van Doorn walked past a BMW thought to be chauffeuring the Prime Minister, sparking the incident1. Prime Minister Rutte has been under increased security following the growing threat of an attack by criminals tied to the drug trade2. The Times reports that Rutte is likely a target of drug gang hit squads seeking to eliminate or undermine his government and their ability to slow the tide of organized crime in the country3. De Telegraaf reported the addition of specially trained Royal and Diplomatic Security Service officers deployed to shadow the Prime Minister, and an “elite security guard” visible at recent public appearances4. This escalation was triggered by the murder of Peter de Vries amid increasing criminal violance. Peter de Vries was the most famous journalist of the Netherlands, campaigning against the rising tide of drug-gang violence with ferocity.

He lived by his well-known motto “on bended knee is no way to be free”5, standing up against the increasingly violent and deadly gangs at every opportunity. This ferocious pursuit of justice included his reputation for solving a number of significant cold cases, which often led to death threats6. On the evening of July 6th, after the filming of his regularly scheduled show he was fatally shot walking home, dying a week later in the hospital. This attack is believed to be in response to his assuming the role of councilor for the star ex-syndicate witness in a high-profile gang violence case, with the former lawyer of the witness also killed in a similar fashion in 20197.

With the growth of organized crime, the increasing violence, assassinations and security concerns many are deeply worried about the future of the Netherlands. A report from the Dutch Police Association in 2018 warned of the beginning of a Dutch narco-state, with police increasingly unable to combat the growing parallel criminal economy8. Though crime statistics had returned to a downward trend, down 24.41% in 2018, after a sharp increase the year prior of 40.8%9 the police union claimed they are an inaccurate measure of the problem. They state that many victims have ceased reporting crimes, giving the syndicates free reign. Citing the overall 25% decrease in crime reported over the 9 years prior to the association report, down to a yearly count under a million, they believe that around 3.5 million more now go unreported, most significant for crimes against the elderly and vulnerable which go reported at an estimated rate of 20%10. The report called for increased funding and hiring, claiming that with current resources only one in nine of the groups could be tackled, with 60-70% of the Amsterdam police force’s time already spent combating gang-related killings10. The Minister for Justice and Security at the time acknowledged the report’s concern over lack of capacity to combat the rising organized crime, pledging an increase in funding, but stressed that there are effective steps being taken and the term narco-state is not accurate10.

As of 2021 this problem has grown, with the extensive trade and distribution networks of the Netherlands, and their proximity to rich markets helping the syndicates grow in power. It is estimated that drug-related crime in the country now costs the Netherlands between 3.2 and 4.1 billion euros a year11. This figure, incorporating legal, medical, social and economic costs, includes expected costs like courts, policing and prisons as well as the less considered but still impactful costs like addiction and efforts to tackle money laundering11. Ultimately, with the syndicates and their increasingly brazen attacks on the rise, and police efforts to rein them in ineffectual, the fate of the Netherlands and the safety of their elected officials, free press, and citizens is uncertain.