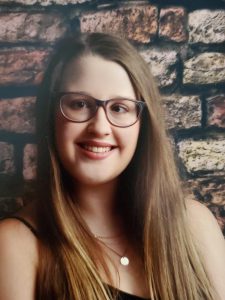 On January 11th, 2022, the United States Justice Department announced the creation of a specialized unit with a focus on domestic terrorism. This announcement comes only a little over a year after the January 6th riot on the Capitol Building. The riot exemplified the serious issue of domestic extremism within the United States and brought to light the lack of government focus on this growing issue. Domestic violence has grown within the past few years, with Assistant Attorney General Matthew Olsen stating that the number of FBI investigations into domestic violent extremist cases has more than doubled since 2020¹. Concerning just the January 6th riot, about 2,000 to 2,500 people entered the Capitol Building, with currently more than 725 people arrested for their connection with the riot². The large scale of this event led to the Biden Administration to provide a new strategy to counter domestic terrorism.

The hatred focused on specific groups throughout America has created many extremist groups that could be a threat to U.S. security. Two of these groups, the Proud Boys and Oath Keepers, were some of the main groups involved in the January 6th riot. About forty people who were charged regarding the attack claimed involvement with far-right groups like the ones aforementioned⁴. Specifically, eleven members of the Oath Keepers were charged concerning the January 6th riot, including their leader, Stewart Rhodes ⁵. This coordinated attack from extremist groups and individuals was widely posted about on social media sites before and after the attack⁶. The January 6th Capitol riot exemplifies the growth of extremist groups and the significant impact the internet poses for recruitment and group action. This was not the first time, however, that extremist groups have taken large actions to make their intentions known. In 2017, the “Unite the Right” rally took place in Charlottesville, Virginia. This rally included extremists from the far-right community, including alt-right groups such as the Proud Boys⁷. These events highlight the recent growth of right-wing extremist movements within the United States, however they are not the only type of extremist groups.

Extremism within America can generally be separated into three main sectors: right-wing, left-wing and religious. According to the Center for Strategic and International Studies, from 1994-2020, fifty-seven percent out of 893 of all domestic terrorist plots and attacks were made by right-wing extremists. This can be compared to twenty-five percent committed by left-wing extremists and fifteen percent by religious terrorists. The CSIS continues to state that the number of right-wing attacks and plots has grown within the latter half of the 2010s, taking over the prominence of left-wing terrorism during the early 2000s.⁸ This assessment exemplifies the growing threat of right-wing extremism, which is also stated in the Biden Administration’s National Strategy for Countering Domestic Terrorism. Within this new strategy, the Intelligence Community has stated that ethnically motivated violent extremists and militia violent extremists pose the most lethal threat⁹. These groups both fall under the classification of right-wing (anti-government) extremism, which stands to be the most prominent threat within U.S. domestic terrorism.

Overall, the decision of the Justice Department to establish a new specialized unit to focus on domestic terrorism is not unexpected considering the growth of right-wing extremism over the past few years. This decision also shows that action is being taken considering the Biden Administration’s new National Strategy for Countering Domestic Terrorism. If this threat continues to grow within the United States, it would not be unexpected to see more funding placed towards countering domestic terrorism and have more specialized groups to handle this security issue.