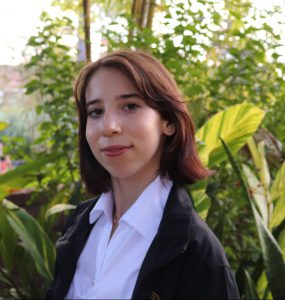 Since January of this year, rising tensions between the Russian state and NATO allies have surged regarding Ukraine. In 2014, a Russian invasion of Crimea demonstrated that President Vladimir Putin was willing to take a military intervention, if necessary, to diminish the expansion of NATO interest in Eastern Europe (Ignatius 2022). As stated by President Putin, “We have the right to ask: Against whom is this expansion intended? His views on NATO expansion are a security concern for Russia (Ignatius 2022).

It all started when 100,000 Russian troops began stationing near the Ukrainian borders. This private military contractor called the Wagner Group has no association with the official Russian military, as stated by President Putin in the New York Times. The Wagner Group has participated in multiple previous military operations in Syria, Libya, and the Central African Republic. The significance of this group is its ability to conduct Russian-enforced military operations without a legal connection to the Russian state. Casualties, atrocities, looting, and human rights violations conducted by the Wagner group go unnoticed and unchecked by the Putin administration (Kim 2022).

As of January 24 of this year, the United States responded to President Putin’s demands by mobilizing American troops already in Western European bases to the Baltic states. Reinforcing NATO actions of sending weaponry to their allies in Eastern Europe (Reuters 2022). Economic sanctions to influence Russia into decreasing any more military actions have had weak results. President Putin already had a plan to soften the blow of these sanctions by establishing a stronger relationship with President Xi Jinping of China around the time of the Beijing Olympics (Burns 2022).

On February 24 of this year, the war began when President Putin declared a special military operation in Ukraine, where missiles started hitting the capital of Kyiv (Kendall-Taylor 2022). Western European countries and the United States have reacted aggressively against Russian forces. In his State of the Union Address, President Joe Biden declared the United States’ support for the Ukrainian people, but “Our forces…will not engage with the conflict of Russian forces in Ukraine. Our forces are not going to Europe to fight (for) Ukraine. But to defend our NATO allies…” President Biden established closed airspace against Russian aircraft but will not be deploying US troops on Ukrainian soil but in neighboring Eastern NATO allies such as Poland, Lithuania, and Estonia, as mentioned in his State of Union Address. Economic aid will be granted to the Ukrainian people and government to combat the effects of the Russian invasion (State of the Union Address 2022). Germany has responded by increasing its military spending, providing arms to conflict zones in Eastern Europe, and blocking the banking instant-messaging system SWIFT. Without this banking program, transactions will become harder to complete in Russia (The Economist 2022).

On February 26 of this year, The European Union (EU) and the United States  strengthened Russian economic sanctions (The Economist 2022). Prior attempts did not prevent an ongoing war; however, it is now projected to strangle the Russian economy causing chaos in central banks and currency. About $630 billion in foreign exchange reserves are on pause in Russian banks because of the economic sanctions (The Economist 2022). The Russian stock market has dropped 40%, as of March 1st, in its market value, as stated by President Biden in the State of the Union Address. To put into perspective the devastating effects of the economic sanctions, the Russian Ruble is now worth 0.012 of one US dollar, as stated by Google money converter.

In Russia, anti-war protests in Moscow and fear of strict economic punishments have dissuaded the Russian people from supporting President Putin’s foreign policy actions (Kasolowsky 2022). Across Russia, an estimated 2,000 protestors have been arrested by Russian police (Kasolowsky 2022). The end goal for Putin is to establish a provisional government in Kyiv following the Russian agenda. Since the collapse of the Soviet Union, it has been the Russian Federation’s objective to recover its sphere of influence in Eastern Europe; Ukraine is the missing piece to this objective (Falk 2022). To establish an interim government, Putin will have to use constant military force to maintain it from collapsing in the long run. This will be a difficult and costly operation; Putin is looking at other alternatives to alleviate Russian attacks in Ukraine and stop the war. Backing down is not a plausible option for Russia based on the message it will say about Russian power internationally (Falk 2022).

In Ukraine, President Zelensky has called for the international tribunal to open a case on Russian war crimes against the Ukrainians. Russian missiles have been spotted hitting Kharkiv, a highly populated civilian and residential area (BBC 2022). CCTV videos have shown missiles directly hitting residential and commercial buildings, causing them to become rubble on the ground. The number of casualties is undetermined, but locals in Kharkiv are fighting against Russian military aggression (BBC 2022). Local government buildings in Freedom Square have been obliterated by missiles causing fires in nearby residential areas. However, airstrikes are not the only type of attack suffered by the Ukrainian people (BBC 2022). Russian troops have been parachuting into Kharkiv to siege the city. President Zelensky claimed these actions as “state terrorism on the part of Russia.” Aside from the missile attacks, Kharkiv is heavily bombarded with street combat by Ukrainian and Russian soldiers. Residents of the area have illustrated how they have to live in cramped underground bomb shelters to survive the attacks (BBC 2022). Iryna Ruzhynska speaks about her experience by saying “…I am angry, because this is a big, beautiful, my city, and they want to wipe it from the face of the Earth.” As the invasion continues, more attacks hit the Ukrainian people (BBC 2022). On March 10th, a maternity hospital in Maripul was hit by Russian missiles (Maloletka 2022). Women, children, and pregnant mothers were seen on stretchers evacuating the scene; heavily hurt by the blast. Moscow sent out a warning on this day that Russian attacks were going to increase in brutality (Maloletka 2022). “Butcher of Bucha” is the current genocide happening in Ukraine (Brown 2022). Ukrainian activists have been trying to identify the Russian commander leading a military massacre of hundreds of civilians. A Ukrainian volunteer group, by the name InformNapalm, has been able to get information on the commander’s contact and address. With that information, they were able to identify this Russian commander as Lt. Azatbek Omurbekov and tie him to these war crimes. Civilian bodies have been found in the street or mass graves in Bucha, a location near Kyiv (Brown 2022).

Peace talks have been attempted between Ukraine and Russia with no results (Brown 2022). Russia is pressuring the Ukrainian government to come down to a solution on Russian terms; this would entail a permanent pause on NATO enlargement to Eastern Europe and Western military alliance with former Soviet states. Western diplomats have known these were Putin’s terms, but Russia has no veto power when it comes to the decisions made by NATO; therefore, it is in the hands of President Zelensky to come to peace terms (Trenin 2022). The constant bombing and attacks by the Russian military have made it difficult for both heads of state to come together and speak on such terms (Day 2022). Nuclear threats and the possibility of a third world war are at an all-time high (Brown 2022). Military threats have influenced the Ukrainian refugee crisis; increasing to a staggering two million individuals fleeing. Poland, Slovakia, Moldova, Romania, Belarus, and Hungary are accepting refugees. Different migration patterns of the Ukrainian people depend on what city they are fleeing (Operational Data Portal 2022).