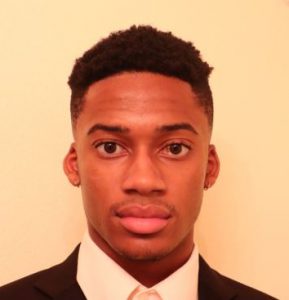 After the Russian invasion of Ukraine on February 24th, 2022, many have evacuated from their homes. According to the United Nations, as of March 18th, more than 3 million people have been forced to flee Ukraine, and there are over 1.9 million people internally displaced (United Nations Ukraine). UNICEF has estimated that more than 1.5 million children have fled, and it is estimated that a child becomes a refugee of the war every second. (NPR). Men in Ukraine (ages 18-60) are not able to leave the country since martial law was declared on the day of the invasion. This means that an overwhelming majority of those who have evacuated the country are women and children.

With this massive amount of people fleeing, there are increased risks. According to U.N Women, displaced women and children are at a greater risk of trafficking and sexual exploitation, especially with the established trafficking networks in Eastern Europe. The UN has also said that this economic state can make women more vulnerable to being exploited, as well as make them more likely to engage in child marriage and survival sex to meet basic needs (NPR). Children are also placed at higher risk in this crisis and are now more susceptible to being a victim of human trafficking.  Ilias Chatzis, Chief of the UNODC Section on Human Trafficking and Migrant Smuggling, said that “traffickers are known to use methods such as phony travel arrangements and fake job offers as well as violence, to trick and coerce their victim” (United Nations). Conflict breaking outputs those displaced at greater risk, and that is exactly the case during this war.

To help support the large groups of refugees, multiple European governments have offered cash incentives to host the migrants. The Polish government is offering 40 zlotys a day (just under $10) to residents who make space in their homes, while Britain is promising 350 pounds(about $450) a month. This does come with some risks, which these governments are aware of, and they are prepared to protect the migrants through checks of the hosts. (Washington Post). Even with this cash incentive, there will still be independent actors who try to interact with the migrants, acting like they can help them out. However, not everyone has good intentions, and some are trying to use this crisis to traffic or exploit these individuals.

To conclude, human trafficking and modern slavery are potentially byproducts of the war. With many women and children displaced, combined with well-established trafficking networks in Eastern Europe, those displaced are at great risk of exploitation by trafficking attempts. While other governments in Europe are incentivizing their citizens to help, not everyone who is claiming they want to help has good intentions, and some will use this opportunity to exploit those in a very difficult situation. Hopefully, efforts to help those migrants will be very effective, and will not be negatively impacted by those with bad intentions. If you need help or in case of an emergency, the IOM-supported National Migrant Advice and Counter-Trafficking Hotline can be reached in Ukraine at 527 (free from mobile phones) or 0 800 505 501 (free from landline phones) from 8 a.m. to 8 p.m., and those staying abroad can reach hotline consultants at 527.hotline@gmail.com.