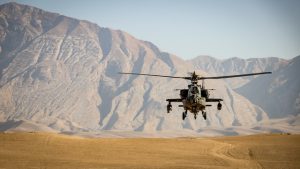 In a few short weeks, the Taliban will celebrate the anniversary of the U.S. retreat from Afghanistan. For most Americans, August 15 will be just another day. The media will broadcast graphic footage of the evacuation from Kabul last summer but with U.S. troops home, the public has now moved on to other matters, primarily domestic. In truth, for the previous 20 years, Afghanistan had been an afterthought for most, much like the continued deployment of tens of thousands of servicemen and women in Europe, Japan, and South Korea over a half century after conflicts in those places; the downside of the one percent serving in our all-volunteer military today, few know where they are, and most don’t realize when they don’t come home.

For U.S. foreign policy makers, however, forgetting Afghanistan might not be so easy, try that they may. Humanitarian concerns and resurgent extremism, aside, images of defeat at the former Hamid Karzai International Airport have likely left an indelible mark. They are object lessons replacing images of the last helicopter flights out of Saigon in 1975, leaving a residue that will linger even when the true substance of the experience itself blurs and events lose their clarity. While comparisons were readily dismissed for two decades, few can refute that in the end Afghanistan was Vietnam – a bogeyman to be conjured up in future debates over foreign intervention, for or against, and in college lectures on imperial hubris.

But what is the real lesson? For some in the foreign policy community, there is a direct correlation between perceptions of U.S. weakness in the withdrawal from Afghanistan, and the ambitions of adversaries, as witnessed by subsequent events in Ukraine. The Domino Theory lives! The concern now is which global tile might drop next. Perhaps fears of a precipitous exit from Afghanistan were prescient. They clearly proved correct when it came to the durability of the Afghan government. But having paid little price for flattening Chechnya, snatching Crimea from Ukraine in 2014 or helping Syria’s despot decimate his own country, arguably the Kremlin train to Kyiv left the station a long time ago; possibly back when the last Soviet troops crossed the Oxus River in 1989, leaving behind their own disastrous decade in the Afghan graveyard of empires.

If this is the lesson ultimately learned and how the American experience in Afghanistan is partly remembered – as the place where a distant tyrant’s megalomania could have been checked – the question becomes at what continued cost to our servicemen and women, their families, and the American taxpayer? There might have been a reasonable answer, but it was never provided, and August 2021 was perhaps a bit late to look for one. And let’s not overlook the Afghans, the overwhelming majority of whom were just caught in the middle. How much longer would they have had to endure the depravations of insecurity, conflict and corruption for goals that looked more elusive after 20 years than they did after the first two?

Of course, Afghanistan could or should be remembered for the hopes American sacrifice gave to millions of young men and women for a better life. It could be recalled as a place where in the span of a few years women and young girls went from being locked in their homes to attending university and serving in government, media, academia, medicine, business, and the military. But this would have required greater attention to events over the years, and an appreciation of the U.S. experience greater than the images of shame and betrayal at the airport last summer. Sadly, these images are our last and the ones most likely to hold.

Owen Kirby is a visiting fellow at the University of Central Florida. He was visiting Afghanistan, where he had previously served with the U.S. Department of State, in August 2021 just days before the fall of the last U.S.-backed government.