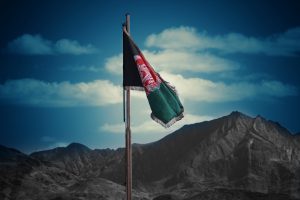 This article was published by American University in Cairo’s Cairo Review of Global Affairs. It was published as part of UCF’s partnership with AUC, thanks to the generous support of Jonathan and Nancy Wolf.

Too big to fail is an expression principally associated with unstable financial institutions. During the 2008 financial crisis, the Bush Administration – with bipartisan congressional support – implemented a bailout plan to prevent a wholescale meltdown of the economy; i.e the U.S. is too big to be allowed to fail. The same logic has been employed to explain problematic or difficult foreign policy decisions. For example, President Biden recently visited Saudi Crown Prince Mohamed Bin Salman, again because the U.S. economy is just too important (read: price of gas), but also because U.S.-Saudi relations are simply too big to fail with too much money and geopolitics involved to lead to a lasting split between Washington and Riyadh.

But in global relations, “too big to fail” can lead to false conclusions and misplaced comfort. In hindsight, by April 1975 the fate of South Vietnam was sealed. In 1973, President Nixon signed an agreement with North Vietnam ending the U.S. combat role in that conflict, though American largesse continued to prop up the flailing South Vietnamese government and its embattled ARVN forces for another two years. At the end, Washington only had bombastic rhetoric to try to prevent Hanoi from violating the Paris Peace Accords.  The reality by then was that the U.S. had played itself out of its 20-plus year commitment to fight communism in Southeast Asia; vague words and ineffective aid was not going to turn the tide of battle or change its outcome.

Perhaps it is understandable that the powers that be in Kabul were surprised at the speed at which their government collapsed last August, or the speed at which the U.S. drawdown took place It would have been unthinkable in the years immediately after the terrorist attacks of September 11, 2001 for anyone to believe Washington would allow, in any form, the Taliban – brothers in arms and protectors of Al Qaeda – to recapture the reins of government and rule once again. After all, the fear of allowing the Taliban to triumph was a deciding factor in President Obama, and later Trump, extending the U.S. military presence despite inclinations to extract America from the Afghan quagmire. Many prominent American military officers warned, and have since repeated, that openly advertising the U.S. intention  to withdraw convinced the Taliban that time was on their side, fatally undermining Afghan confidence in their own government’s staying power.

Reading Owen Kirby’s first-hand recollections of his meetings with the Kabul pooh-bahs made me think that their South Vietnamese counterparts must have similarly misunderstood American intentions. They simply could not fathom the U.S. allowing a mortal enemy to remain standing, let alone to emerge empowered. Like their Vietnamese predecessors, they did not think Washington, after investing so much blood and treasure, would simply leave Afghanistan – not with so much military hardware on ground, so many American-backed infrastructure projects and business in play, and recent and longstanding commitments to Afghans, including support of education (especially for girls), given the realities of geopolitics.

As in South Vietnam, the end came quickly and ingloriously. The chaotic scenes marking the closing chapter of these long American wars were shocking, politically and psychologically. But Joe Biden, like Gerald Ford, accepted the result no matter how unpalatable and damaging in the short term.

Having worked most of my professional life in the foreign policy world, and more specifically explaining the intricacies – not always accurately – of American politics, it is occasionally difficult for some to accept the cold calculations of a superpower. I have been asked innumerable times, for example, what an Administration or Congress is thinking about country X or country Y. Too often the answer is not much, wishing it wasn’t a problem, or that it is at best an interest but not a priority. It is rare that relations with any individual foreign country makes it to the top of the heap for long. Foreign policy is typically relegated to the back burner, something noticed only fleetingly and usually during a crisis.

This is true even when applied to the fall of Kabul or Saigon, situations replete with searing images and heartbreaking stories of people who were one way or another associated with American involvement. It is also true in places like Somalia and Lebanon, where American peacekeeping troops became embroiled in civil wars, were bloodied, beat a hasty retreat, and the military intervention was quickly forgotten.

In the last month of the Vietnam War, some 110,000 South Vietnamese citizens were evacuated from the country, with 3,000 babies departing during Operation Baby Lift and 7,000 extracted from Saigon by helicopter during Operation Frequent Wind. Some 78,000 Afghans were evacuated by Americans during the last year of the Afghan conflict, nearly matching the efforts undertaken in 1975. Each refugee’s story as unique as it is traumatic.

The reality is that superpowers generally have the luxury of leaving, licking their wounds, and moving on. One can argue that the manner in which America departed Afghanistan led other nations to draw their own conclusions about U.S. reliability and purpose. Unquestionably, the Biden Administration was politically damaged by the withdrawal. But the conclusion reached by the White House was that like in South Vietnam, there would be no happy ending in Afghanistan. And like Vietnam, despite the cost and consequences, the American public moved on as it was no longer politically tenable to continue military involvement.

Prognosticators debate whether the fall of Kabul signifies waning American power. The verdict is out on this point. But one lesson that should be crystal clear is that Afghanistan or South Vietnam were not too big to fail. In the end, and to the unwelcomed surprise of the people of those nations, they simply were not important enough to Washington (or its electorate) to justify prolonged wars and endless commitment.

David Dumke is the Executive Director of the University of Central Florida Office of Global Perspectives & International Initiatives.