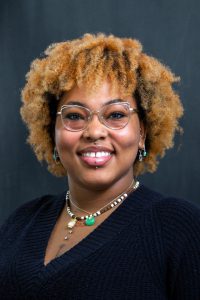 Baltimore, Maryland, is a magnet for human trafficking due to the highways, hotels, casinos and airports that are in proximity. Additionally, the juxtaposition of severe poverty beside substantial wealth has fostered an environment allowing the human trafficking industry to prosper. A long history of racial, economic, and environmental inequality has negatively influenced Baltimore’s minority population. The black population exists in segregated communities where gun violence, homelessness, and unemployment plague the streets. As a result, these communities are vulnerable to traffickers. Additionally, the wealthy population in Baltimore is a constant pool of customers that fuels this business.

According to the Maryland Human Trafficking Task Force, 200,000 people are victims of trafficking each year within the United States. Maryland is a source, transit and destination state for human traffickers. Sex trafficking makes up the bulk of the trafficking cases in Maryland; however, labor trafficking is another form experienced by the immigrant population in the city. Although Maryland has a fairly high human trafficking rate, the state has failed to recognize it as a humanitarian crisis. According to Al Jazeera, Maryland has been unsuccessful in establishing safe harbor laws prohibiting the criminalization of minors for prostitution. Unfortunately, this provides traffickers with the power to manipulate the vulnerabilities of victims and intimidate victims into remaining in captivity.

Although the media has broadcasted the stories of individuals who have escaped from human trafficking, there is still a lack of awareness nationwide. Most people in the United States do not understand how human trafficking happens and the most susceptible demographics. The priority should be to raise awareness as well as empower individuals that are most vulnerable to traffickers.