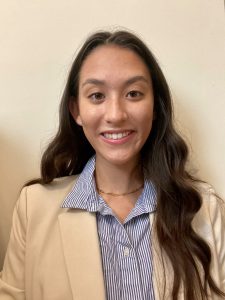 Kosovo and Serbia are two countries in the Balkan region of Europe. They have had ethnic conflict since the Middle Ages when Serbia first lost Kosovo to the Ottoman Turks. (Chadwick 2019). In the 19th century, Serbia won its independence from the Ottoman Empire. Serbia then recaptured Kosovo in 1912, only to lose it again during World War I. At the end of the World War, Kosovo was part of Yugoslavia as a part of Serbia. This allowed the Serbian army to force Kosovar Albanians out of Kosovo. Serb colonists continued to take over Kosovo until World War II when the Axis Powers occupied Yugoslavia and Kosovo became united with Albania, its bordering state. This resulted in the killing of Serb colonists. (Britannica). With the close of World War II, Kosovo “enjoyed” autonomy as a territory within Serbia, even though Serbia repressed nationalist attitudes of Kosovar Albanians. However, violent conflict emerged between the two states in 1989 when Yugoslavia fell apart. Kosovo attempted to declare independence from the Socialist Yugoslav Federation, but Serbia wanted Kosovo under Serbian rule. (Chadwick 2019). As a result, a conflict of “ethnic cleansing” broke out in the Balkans. Serbian police executed ethnic Albanians in Kosovo and Kosovo retaliated with its liberation army. Once the North Atlantic Treaty Organization (NATO) interfered, a peace agreement was set into place. (Britannica).

Even with Kosovo gaining independence in 2008 (Falk 2022), new tensions form as Serbia still does not recognize Kosovo as an independent state, and extreme, terrorist-fueled violence still exists in Kosovo. Although NATO helps, there is a fear that the European Union (EU) is “failing to defend” Kosovar Albanians from the rise of Right-Wing Extremists (RWE) in Serbia. (Buljubašić 2022).

On August 17, 2022, with fear of terrorism from Serbia, NATO vowed to increase its peacekeeping in Kosovo if tensions with Serbia increase. (Reuters 2022). Just recently, Kosovo demanded ethnic Serbian citizens of Kosovo to have temporary identity card documents instead of having Serbian IDs in Kosovo, as well as having a temporary Kosovar license plate attached to their Serbian license plate. (Falk 2022). Kosovo most likely made this decision to protect their national security from Serbia. However, the issue on license plates simply acted as a “catalyst” for potential RWE and terrorist attacks towards Kosovo, a “symptom” of a larger problem. (Bechev 2022). When Serbia got news of Kosovo’s demand, conflict began to unwind. As local RWE Serbian fighters constructed barricades with machinery, NATO troops and Kosovan police strengthened their forces near Serbia borders. Officials confirmed several violent shootings against Albanian citizens and police in Kosovo. Serbia’s interior minister, Aleksandar Vulin was identified amidst the violence dressed in the infamous “Z” insignia “synonymous with Russia’s invasion of Ukraine.” (Selimi 2022). One could believe that Serbia used extreme violence as an attempt to intensify conflicts to bring attention to the public eye and to international political leaders. The similarities between the Serbia-Kosovo conflict and the Russia-Ukraine war in exerting violence creates a cause for concern as it shows how RWE in Serbia and Russia is gaining strength and following. Terrorist attacks may worsen and become more detrimental with more conflict in the future.

This recent issue emphasizes the nationalistic approach that Serbia is taking towards Kosovo. The aggressive nationalism has ultimately led to armed conflict between the two countries, halting any progress towards Kosovo’s post-war society. It is crucial to highlight that RWE in Kosovo is split between ethnic lines and is mostly based on “identity-related and ultra-ethnonationalism politics.” As a result, the RWE can build fear and mistrust between ethnic and religious groups, deepening potential to feed RWE radicalization. (Buljubašić 2022). Thus, ethnic-based attacks toward the people of Kosovo creates factors for more radicalization to occur. Kosovo’s National Strategy Against Terrorism and Action Plan recognizes RWE as a form of extremism with several political and nationalist mechanisms for avoiding or opposing violent extremism (P/CVE) such as institutional management and coordination, as well as control of groups and people that pose a terrorist threat. (Buljubašić 2022). Furthermore, any peacebuilding or similar efforts require reinvention and must be consistent with local RWE challenges for Kosovo to combat its ethnic conflict with Serbia.

“NATO Says It Is Ready to Step up Forces If Serbia-Kosovo Tensions Escalate.” Reuters, 17 Aug. 2022, https://www.reuters.com/world/europe/nato-says-ready-intervene-if-serbia-kosovo-stability-risk-2022-08-17/.