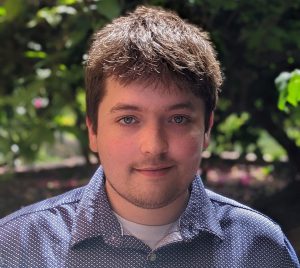 It is said that Rostam, among the greatest of Persian mythical heroes, was once challenged to complete seven dangerous tasks.  This effort can best be described as herculean since the similarities between the stories of Rostam and Hercules are unlikely to be mere literary coincidence; ultimately, Rostam’s adventures inspired the Persian adage “the seven labors of Rostam”.  This phrase is often used by Persians nowadays to reference an undertaking of extraordinary difficulty and complexity.  There is arguably no better modern homage to Rostam’s seven labors than the ongoing negotiations to revive the Joint Comprehensive Plan of Action (JPCOA), beset as they are by mistrust, competing agendas, external influence, and extenuating circumstances.  Whether like triumphant Rostam negotiators will vaunt these hurdles and restore the JCPOA very much remains to be seen, though like Rostam’s travails the ultimate results of the JCPOA negotiations, be they positive or negative, are likely to influence decades to come.

Former President Donald Trump’s controversial decision to unilaterally withdraw the USA from the JCPOA in 2018 revealed one of the major weaknesses of the agreement; namely, the fact that the JCPOA was never ratified by the US Congress as an official treaty means that American participation in the deal is entirely subject to the whims of its president (Kenyon 2022).  Even if the USA returns to the JCPOA under President Joseph Biden, there is nothing in the current deal that stops a future US president from leaving again.  That is, of course, unless the JCOPA is ratified as a treaty in Congress, which is effectively impossible given a critical lack of bipartisan support in a deadlocked legislative branch (Kenyon 2022).  The Islamic Republic of Iran (IRI) grimly recognizes this truth and has demanded that safeguards deterring or else minimizing the damage of a potential future American withdrawal be implemented in the ongoing negotiations (Lee 2022).  Even if it is the case that the current US administration’s adamant desire is to seal the deal soon, something that remains unclear, there is very little assurance they could provide Iran with (Kenyon 2022).  As with diplomacy at large, the JCPOA is built upon trust: trust that the USA will stay in the deal as well as trust that Iran will not violate its strictures.  Unfortunately for proponents of the JCPOA, however, trust between the USA and IRI is in extremely short supply due to historical antagonism and can be easily squandered (Kenyon 2022).

Moreover, it is not entirely clear what the ultimate goals of the IRI and USA are.  It seems clear the IRI desires sanctions relief, given that its economy was hammered after the USA withdrew from the JCPOA in 2018 (Kenyon 2022).  That said, the IRI is not monolithic; as with other countries, a variety of political parties vie for control of Iran’s electoral landscape, such as it is.  The JCPOA was originally clinched under a more reform-minded government, which was cautiously open to dealing with the West (Williams 2022).  However, since then a more hardline administration has taken the helm in Iran, one much more skeptical of engaging with the USA and its allies.  It remains unclear if potential sanctions relief is enough for Tehran to currently compromise with Washington DC (Williams 2022).   It could very well be the case that the IRI sees possessing a nuclear deterrence as more important than removing sanctions (Bizaer 2022).  As for its part, it is indeed true that the USA has repeatedly and publicly stressed its commitment to negotiations.  However, many of its allies in the Middle East remain skeptical of engagement with the IRI (Mathews 2022).  Such is the case with Gulf Arab states like the Kingdom of Saudi Arabia (KSA), who has been involved in a wide-ranging proxy war with the IRI in places like Yemen (Ebrahim 2022).  The KSA has shown signs of desiring a more predictable relationship with the IRI, as evidenced by recent diplomatic talks in Iraq, but they likewise adamantly oppose any measure that might strengthen the IRI’s power in the region (Mathews 2022).  It is of course possible that the KSA will choose not to sabotage a return to the JPCOA; The United Arab Emirates (UAE) recently restored full diplomatic relations with the IRI in a move that undoubtably involved at least tacit approval from the KSA, perhaps signaling the KSA’s acceptance, however begrudging, of a JPCOA revival (Horvath 2022).

This is in no way true, however, for the USA’s other primary ally in the region, Israel. The Israelis supported the USA withdrawal in 2018, and they continue to maintain the JCPOA is disastrous for the region.  Over the last year of negotiations to return to the JCPOA, the Israelis have kept up a steady campaign to pressure Washington DC to rebuff the IRI.  This has involved everything from public statements by Israeli leaders to behind closed doors meetings between senior Israeli and American military and intelligence personnel (Toosi 2022).  Israel is not a party to the original JCPOA, nor is it participating in current negotiations.  As such, they are not bound by any of its conclusions.  This Israelis have made clear that they understand this and will take whatever action they deem necessary to prevent the IRI from developing nuclear weapons (The Jerusalem Post 2022).  This can include assassinating Iranian nuclear scientists, disabling critical infrastructure, and even direct and overt military action against the IRI (Zilber 2022).

Another potential hiccup to resuming the JCPOA is the IRI’s continuing response to ongoing protests within its borders, which were sparked in late September after a young woman died in police custody under suspicious circumstances.  The collective outpouring of sorrow and rage that has followed this tragic incident has been directed at the IRI’s often ruthless enforcement of “morality” laws and its abysmal human rights record more broadly (Szurc 2022).  Governments around the world, including the USG, have flocked to throw public support behind the protestors, who have faced brutal crackdowns from the Iranian government (Hansler 2022).  Activists have pressured the US to abandon JCPOA negotiations entirely, believing that they give legitimacy to what they consider to be a despotic, terrorist regime (Kelemen 2022).  As of mid-October, it appears that the US is backing away from the JCPOA, citing their perception of the Iranian negotiators’ disingenuousness and the Iranian government’s violence against protestors as reasons for this move (Hansler 2022).

Horvath, Melissa, et al. “The Diplomatic Ice Is Breaking in the Gulf. What Does That Mean for the Region?” Middle East Institute, 4 Oct. 2022, https://www.mei.edu/publications/diplomatic-ice-breaking-gulf-what-does-mean-region.

Williams, Heather. “The Iran Nuclear Deal: Is the Juice Still Worth the Squeeze? .” The Hill, The Hill, 7 Oct. 2022, https://thehill.com/opinion/national-security/3678174-the-iran-nuclear-deal-is-the-juice-still-worth-the-squeeze%EF%BF%BC%EF%BF%BC/.

Zilber, Neri. “This Could Be the next Big War That Grips the Entire World.” The Daily Beast, The Daily Beast Company, 3 June 2022, https://www.thedailybeast.com/israel-and-iran-are-risking-the-worlds-next-major-war.