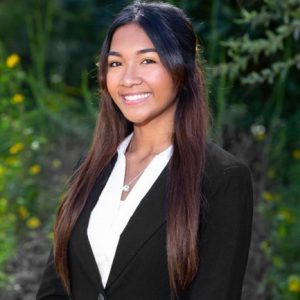 In late August, the University of Central Florida’s Global Perspectives and International Initiatives and University of Central Florida’s Arts and Humanities hosted the event “Dances and Discussion: An Evening with the Ukrainian National Ballet.” Dancers from the Ukrainian National Ballet came to UCF to perform brief exhibitions of their show and provide the audience with an interactive conversation of how war in Ukraine has affected the artists. Bringing in over 400 people, this event included a multitude of short performances, quick changes, meet and greets, as well as fruit and cookies being provided.

The Ukrainian National Ballet got its name on October 27th, 1867 when the National Academic. Opera and Ballet Theatre of Ukraine conjoined. Comparatively, this combination came after the Crimean War between Russia and Ukraine and was considered rich and creative in their post-war years. The Ukrainian National Ballet became one of the largest and most popular performing arts companies in all of Europe, setting out on its first international tour in the 1950s.

Now, The National Ballet of Ukraine is on a World Tour for humanitarian benefits. They are dancing to raise money for their fellow Ukrainian citizens, refugees and veteran services who are affected by the War in Ukraine. The Russo-Ukrainian war since 2014, escalated on the 24th of February 2022 when Russia invaded Ukraine. The invasion caused Europe’s largest refugee crisis since World War II. An estimated 7 million Ukrainians fled the country, leaving a third of the country misplaced. Besides this, the war has affected a plethora of things both nationally and internationally. These things include but are not limited to a huge impact on the global supply chain, product shortages, food shortages, energy depletion, gas price inflations and cost-of-living crises. The war has created international outcry from united peoples from around the world who are deeply concerned and disturbed by the horrific events since February.

Interns of UCF’s Global Perspectives and International Initiatives, Julia, Mohammed, and Hannah had the chance to interview two dancers before the show. When asked if they celebrated Ukrainian Independence Day on August 24th, Mykyta Sukhorukov responded with, “Well, yes we celebrated Independence Day but very calm and quietly this time because we need to focus on the show.” When asked if they believe that Ukrainian Ballet dancers have a political role in the resistance, Sukhorukov responded, “It’s very hard to measure because I’ve tried to think of ballet and art outside of politics, and I want to think like this, but it is impossible right now because every time we go out on stage, we are doing it to remind everybody of the situation in Ukraine. It is impossible to be out of politics right now.” Kateryna Chupina said, “It’s hard because Russia kills our people every day. It’s a hard time.”

David Dumke, Executive Director of the Office of Global Perspectives and International Initiatives, said of the event, “The visit was incredibly inspiring and says as much about Ukraine. These are amazing, world-class artists, and they continue to perform at a peak level despite their nation facing such extreme hardship. This is cultural diplomacy at its finest, showing incredible resolve through their artistry.”

To learn more about the situation in Ukraine, UCF’s Global Perspectives Podcast, and how you can help, see the links below.