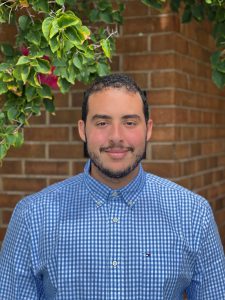 The unilateral severing of Algerian and Moroccan diplomatic relations in the summer of 2021 occurred days after the President of Algeria, Abdelmadjid Tebboune, declared that the diplomatic situation between the two countries would be under review (Rachidi). In reference to the declaration, Foreign Minister Ramdane Lamamra of Algeria said that the Moroccan Kingdom had been using Israeli-made Pegasus spyware against Algerian officials, “supporting a separatist group and failing in bilateral commitments, including on the Western Sahara issue.” Although the consulates in each country were to remain open, Lamamra has insisted that “The Moroccan kingdom has never stopped its hostile actions against Algeria.” (Person)

Although the two neighboring countries share a similar culture and colonial past, Algeria and Morocco have not been the most diplomatic in relations since the independence of each of these nations from their main colonizer: France. A major origin of the issues that arose between the two nations was Morocco’s claim to western and southern Algerian lands while also claiming to be the hegemonic power in the region. This did not sit well with Algeria, a newly independent nation that just won a bloody War of Independence against the French. For a nation that prior to their independence was viewed as an extension of mainland France, the declaration of territorial claims from Morrocco in the geographic expanse of their new nation was an affront to their nationalistic sensibilities. This came to a head during the Sand War, a series of skirmishes on the Moroccan-Algerian Border. During the month of October 1963, Moroccan troops were consistently winning against the Algerian army and guerillas.  Ahmed Ben Bella, the revolutionary leader of Algeria that helped lead Algeria to independence, highlighted a core difference between the two nation-states. With the Algerian government lauding their socialist revolutionary doctrines and ideals, Morocco stood as if a monolith with its kingdom dating back to antiquity. Houari Boumediène, Algeria’s second president, came into power and signed the border treaty with Morocco in 1972 that ended most conflicts on the Moroccan-Algerian Border (Metz).

The biggest source of conflict however has been the Western Sahara conflict. Since 1975, Morocco has been attempting to claim all the former Spanish territory of the Western Sahara (Dworkin). In 1974, Morocco began attempts to annex the region from the Spanish which included a march of 350,000 Moroccans. With these attempts, the Spanish and Moroccan Kingdoms agreed to a treaty which gave two-thirds of the territory to Morocco and one-third to Mauritania (Metz). While Mauritania did not put much effort into reclaiming the territory in the Western Sahara, Morocco was consolidating power and control over the region. That is when the Algerian government funded and supported the Polisario Front, the militant arm of the Sahrawi Arab Democratic Republic. The Sahrawi Arab Democratic Republic (SADR) is a self-proclaimed nation that claims sovereignty over the Western Sahara and has similar democratic socialistic ideals as Algeria.  Algeria started to support the Polisario Front after reluctantly deciding to do so after they saw Morocco’s expansion into the Western Sahara as a “strategic threat that it increasingly saw from an emboldened and expansionist Morocco​​.” This aid includes but it is not limited to arms, land to govern from exile and diplomatic support on the world stage: a diplomatic legitimization to their cause and the source of UN controversy to how to resolve the issue (Metz).

The King of Morocco, His Majesty Mohammed VI, has made it clear that his kingdom would not change its stances on the Western Sahara being sovereign to Morocco. While there have been flare ups, the most recent rise in tensions was when the Polisario declared the ceasefire “null and void.” This is due to a clause in The UN 1991 ceasefire where the Polisario were to be given a self-determination vote. As the truce was nullified by the Polisario Front, there have been multiple attacks resulting in six Moroccan deaths (Al Jazeera). While the Moroccan King emphasized to his people to “preserve the spirit of fraternity, solidarity and good neighborliness towards our Algerian brothers…because they are complementary twins.” (Al Jazeera Moroccan King)

In November of 2021, there was an incident in which three Algerian truck drivers were killed in a bombing in the Western Sahara coming from Mauritania. Algeria has blamed the Moroccan government for the attack but the Kingdom has denied any involvement (Rachidi). Due to the closing of diplomatic relations, the Algerian government has cut off gas shipments that used to be sent to Europe via Morocco. This oil used to account for 10 percent of Morocco’s energy supply for its country. The arrangement was that the oil would flow through the Gaz-Maghreb-Europe (GME) pipeline and into Spain but they have changed it to the Medgaz pipeline. The Medgaz pipeline is a smaller pipeline, usually reserved for emergencies, that bypasses the Moroccan nation and goes directly to Spain. For the past 25 years, the GME has been delivering gas to the Iberian Peninsula but without that pipeline being used and the smaller pipeline delivering the gas, there are fears from Spain and other European countries that their energy prices might rise due to their dependence on the Algerian oil supply (Holleis).

With ramifications that seem to be leading to detrimental security and energy consequences for not just Morocco but also Europe, it would be in the best interests to have an outside power broker the issue of relations between Morocco and Algeria. With the recognition of Israel by Morocco and the increasing security cooperation between them along with the unrelenting derecognition of the Polisario Front and the Western Sahara will contribute to the rising tensions between Morocco and Algeria