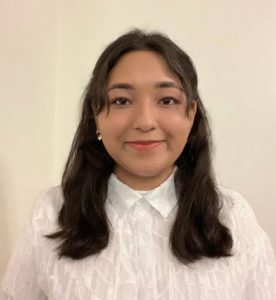 Sweden and Finland have applied for accession to NATO and are expected to become members by 2023. However, a major challenge they will have to overcome first is Turkey, who has stated that both nations, especially Sweden, need to meet a series of criteria before they accept their admission, becoming the only member of the organization that has yet refused to do so. Because NATO membership can only be confirmed through a unanimous vote, Turkey now plays a major role in the outcome of this process which will change the balance of power of Europe forever.

In general, it can be said that Turkey will use its vote in NATO in order to advance its national interests. As stated by President Recep Tayyip Erdogan, the importance of NATO’s expansion for Turkey is proportional to how much respect is given to Turkey’s “sensitivities”[i], therefore making a clear stance on how Sweden and Finland’s accession will only procced in accordance to how Turkey’s conditions are met.

Both Sweden and Finland are involved in a major concern for Turkish security. As stated by Erdogan, both countries, but specially Sweden, have ties with the Kurdistan Workers’ Party (PKK). This guerrilla group, designated as a terrorist organization, is at the front of separatist activities in Turkey that aim to create an independent state[ii]. Because Sweden supports a branch of the PPK active in Syria, fighting off the Islamic State, Turkey considers that it is not viable to accept Sweden into NATO before the nation makes an active effort to cut ties with the PKK and support Turkey’s measures against the organization. Turkey has several requests regarding the actions that need to be taken, starting with the extradition of members of the PKK that allegedly participated in the failed coup attempt of 2016 that sought to overthrow Erdogan. Ankara states that neither Nordic nation has responded to these extradition requests, which they consider is a necessary first step before they can be granted NATO membership. Additionally, Turkey has also urged Sweden and Finland to end an arms embargo that has been active since 2019 following a Turkish military offensive in Syria[iii].

Even though Turkey considers that both Sweden and Finland have steps to take before they can become members of NATO, Erdogan has stated that the approach of Turkey towards each nation is different, arguing that they have different security demands to meet. According to him, Finland is not a nation that harbors terrorists and allows their activities freely[iv], hinting that Finland could gain accession first as compared to Sweden. In response to this, Sweden and Finland have taken a firm stance on the matter, assuring that they will only join NATO at the same time. Finnish Prime Minister Sana Marin reaffirmed Finland’s commitment with Sweden by saying that, even though Erdogan had told her that Turkey’s main security concerns were related to Sweden and not Finland, her nation would not make advances in the process alone[v]. In the case of Sweden, it has released a letter which contains fourteen examples of measures taken by the nation to meet the requirement of Turkey and how they plan to implement them. Among them, the most notable one is Sweden’s commitment to address the Turkish extradition requests and their willingness to cooperate with MIT, Turkey’s National intelligence organization[vi].

Despite the efforts by both Sweden and Finland, the prospects of both nations for NATO membership are not promising, and it is expected that the process will continue through 2023. A major cause for this is the Turkish general election next year[vii]. Aiming to be reelected, Erdogan seeks to gain nationalist support by making a clear stance against any concession to the PKK and to Sweden by extension if they do not take active measures to cut ties with the organization.

It is left to see how the situation will change for Sweden and Finland once the elections in Turkey are over.

[ii] Pietsch, B. (2022). “Why Turkey dissents on Finland and Sweden joining NATO and why it matters”. Retrieved from: https://www.washingtonpost.com/world/2022/05/16/turkey-nato-sweden-finland-ukraine/

[vii] Hacaoglu, S., & Drozdiak, N. (2022). “Turkey Is Unlikely to Sign Off on Swedish NATO Bid This Year”. Retrieved from: https://www.bloomberg.com/news/articles/2022-11-03/turkey-unlikely-to-sign-off-on-swedish-nato-bid-before-year-end?leadSource=uverify%20wall