India has recently announced plans to restart the exportation of Covid-19 vaccines to neighboring and allied countries. India has been the largest exporter of vaccines during the pandemic with over 66 million vaccines donated or sold to countries before their second wave of cases hit earlier this year (Arora & Das, 2021). The government wants […]
Blogs Student ConnectionsTags: COVID-19 India Pandemic Vaccine
Posted November 8, 2021 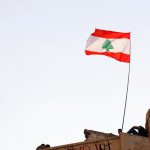 Violence struck the capital of Lebanon on Thursday October 14th, 2021. A Hezbollah-led protest against the investigation into the Beirut port explosion in August 2020 was sent into chaos as someone opened fire into the streets, killing at least six individuals and injuring more than 30 others. Although it is unclear exactly who is responsible […]
Blogs Student ConnectionsTags: Beirut Hezbollah Lebanon violence
Posted November 8, 2021 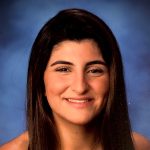 Due to climate change, polar bears have been listed as vulnerable to extinction by the International Union for Conservation of Nature (IUCN) (BBC). According to the World Wildlife Fund (WWF), there are an estimated 22,000 to 31,000 polar bears left in the wild (NBC). A new study, published in Nature Climate Change, puts a timeline […]
Blogs Student ConnectionsTags: Climate Change Earth Mousa Polar Bears Sea Ice Temperature
Posted July 30, 2020
Previous 1 2 3 … 10 Next