The Seven Labors of Rostam: Reviving the Iran Nuclear Deal 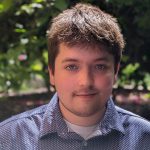 It is said that Rostam, among the greatest of Persian mythical heroes, was once challenged to complete seven dangerous tasks.  This effort can best be described as herculean since the similarities between the stories of Rostam and Hercules are unlikely to be mere literary coincidence; ultimately, Rostam’s adventures inspired the Persian adage “the seven labors […]
Categories: Blogs Student ConnectionsTags: Iran MENA Nuclear Rostam Seven Labors