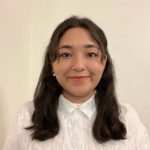 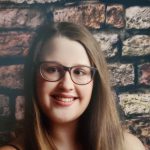 The 2022 Winter Olympics were recently held in Beijing, China, which caused some countries to refuse to send diplomatic delegates to the games, including the United States. This conflict stems from the current human rights violations China are potentially engaging in. The focus of these violations includes the detainment of over one million Uyghurs and […]
Categories: Blogs Student ConnectionsTags: Beijing China Human Rights olympics Uyghurs

Life Under Lockdown on a Small Island: a Personal Perspective 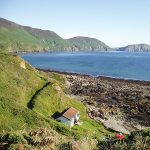 This article was first published by American University in Cairo’s Cairo Review of Global Affairs. It was published as part of UCF’s partnership with AUC, thanks to the generous support of Jonathan and Nancy Wolf.   As a frequent traveler to China, having been to several cities there in November and to Hong Kong in […]
Categories: Global ViewsTags: China community Coronavirus COVID-19 Hong Kong Isle of Man isolate Italy quarantine Small countries Spain transparency United Kingdom Wuhan

Ecuador on Alert After Fleet of Vessels Spotted Near Galapagos Islands 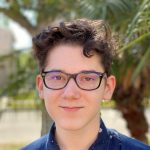 Ecuadorian Defense Minister Oswaldo Jarrin told reporters last week that the country was monitoring a fleet of Chinese fishing vessels off the Galapagos Islands (Reuters). Vessels like these pose a threat to the marine life of the Galapagos Islands, and species such as sharks, manta rays and tuna (El Universo). Patrols are currently surrounding the […]
Categories: Blogs Student ConnectionsTags: Charles Darwin China Dickens Ecuador Galapagos Islands

Russian and Chinese officials cast vetoes to block the UN Security Council from extending approval of aid deliveries to Syria from Turkey for a year (Reuters). Officials of the UN said this resolution is essential to save millions of lives in Syria (Al Jazeera). The UN approval of aid deliveries is authorized until Friday (Al […]
Categories: Blogs Student ConnectionsTags: Aid China Russia Security Council Syria Wilson

On June 19th, Australian Prime Minister Scott Morrison revealed that several governmental organizations were the victim of a state-based cyber-attack (Al Jazeera). The  cyber-attacks were not a single breach, but an aggregation of attacks on the federal, state, and territorial levels of government agencies (ABC). During a press conference, Morrison did not name a  specific […]
Categories: Blogs Student ConnectionsTags: Australia Camara China COVID-19 Cyber-attack Prime Minister Scott Morrison Russia

Beijing Officials Declare the Outbreak is Under Control

Torrential downpours and poor weather have led to flooding and mudslides in South China. Over 230,000 people have been displaced by the floods (Channel News Asia). At least nine people have been killed, while five others are still missing (South China Morning Post). China’s worst floods in recent years happened in 1998 when more than […]
Categories: Blogs Student ConnectionsTags: China Dhanraj Floods Seasonal Flooding
1 2 Next