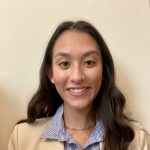 With the recent rise of far-right groups in Europe, specifically in France, it leaves immigrants and ethnic minority groups worried about their safety. To protect themselves from far-right groups and terrorist attacks, these minority groups vote in political elections for a candidate that vows to protect them. (Pascoët et al. 2022). It is important to […]
Categories: Blogs Student ConnectionsTags: 2022 Elections Extreme France Politics Right-Wing

A relentless hail of gunfire outside the Guinean presidential palace announced the beginning of the violent military coup on Sunday, September 5, 2021. The capture of President Alpha Condé, now detained by his formerly trusted soldier, Colonel Mamady Doumbouya, was met with shocked reactions and demands for his release from within Africa and around the […]
Categories: Blogs Student ConnectionsTags: Coup Guinea Politics President Conde

The imprisonment of former South African President Jacob Zuma has started the greatest surge of violence in the country since the introduction of democracy in 1994. Riots have rocked the streets of Johannesburg as Zuma’s supporters protest his arrest for contempt of court, and the fragile economy, already threatened by staggering COVID-19 infections and unemployment, […]
Categories: Blogs Student ConnectionsTags: Jacob Zuma Johannesburg Politics Riots South Africa

The assassination of Haitian President Jovenel Moise on July 7, 2021 has ignited a spark fire of political unrest in the Caribbean country over the past month. His funeral occurred on July 23 and was preceded by protests against the murder. Citizens lit fires and demanded justice for their fallen leader, as the vacuum left […]
Categories: Blogs Student ConnectionsTags: assassination Haiti Jovenel Moise Politics Protests 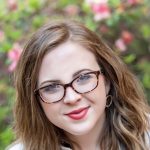